Solar Q and A with Ed Begley Jr.

In 2019 SolBid founders Nate Raymond and Ian Ricci attended The Walden Woods Environmental Awards and Gala. The event was very entertaining, hosted by the legendary Don Henley and a great performance by Billy Joel. But, the highlight of the night was meeting actor and activist, Ed Begley Jr.

A year following the gala, the SolBid team had the exciting opportunity to speak again with the famous American actor regarding his views on solar energy. While Ed is not the only Hollywood star that is a proponent for clean energy, he is perhaps one of the most admired environmental activists of our time and has truly pledged his life to sustainable living.

Since the late 1960s, Ed has appeared in hundreds of films and television shows. He is best known for his role as Dr. Victor Ehrlich on the hit television series St. Elsewhere. He has also performed in several well-renowned films including Pineapple Express, A Mighty Wind, Whatever Works, and Best in Show. More recently, Ed played Gabe in the hulu original TV series Future Man. He also performed in the abc sitcom Bless This Mess as Rudy.

Additionally, from 2007 to 2010 Begley co-hosted his own HGTV reality show Living with Ed with his wife Rachelle Carson on how to live day-to-day life in an environmentally sustainable way.

Ed was an avid environmentalist before it became a trend. From being one of the first to have an electric vehicle (a Taylor-Dunn, golf cart-like vehicle), to becoming a vegan for its positive environmental impact, to launching his own natural household product’s company Begley’s Best - Earth Responsible Products, he undoubtedly backs up his convictions. 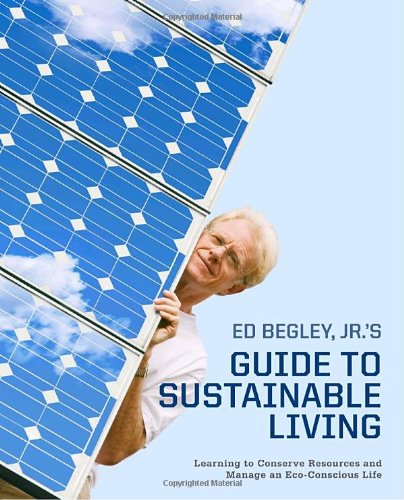 What first enticed you to look into solar?

I had an interest in solar when I was quite young. I used to get something called the Edmund Scientific Catalog when I was a young man and I always marveled at the different devices and gadgets. The people in scientific magazines like Popular Science and Popular Mechanics, they would always talk about solar panels and I just always wanted them. But, as you probably know, solar panels back in the 60s and early 70s were expensive, hard to get, and not anything like the efficiency they are today. So, it was out of reach for me.

I got involved in the first earth day when I was a broke and struggling actor. I didn't have a lot of money for fancy stuff, but I did all the stuff that I could afford: bike riding, public transportation, composting, and I became a vegetarian. The first time I got solar was 15 years after the first Earth Day. It was 1985 and I bought a solar thermal system or solar water heater, for my house in Ojai, CA. It worked very, very well.

I had some money from the TV series I was doing called St.Elsewhere, this medical show in the 80s, so I had some money to invest in something and I thought, I want to invest in alternative energy. So, I bought a share at a wind farm in Palm Springs, Painted Hills Wind Development.

I got solar electric in 1990 and it worked wonderfully. I really, really loved it. I had SolarX panels and I had the first square wave inverters, Heart Inverters was the brand I think. It was like buying a computer in the early days which I did; in 1984 I bought an IBM computer. They were expensive and they didn’t do much. You know what happened with computers since then, they got a lot cheaper and a lot more efficient. The same thing happened with solar panels.

The late 80s panels, they were made more by human hands than they are today. Today, they're made more robotically with incredible precision. Some of the panels from the late 80s have lost some efficiency, I think 11% was the measurement we came up with, but all of them are all still working to this day. I sold those panels and inverters when I moved out of my house in 2013 because I knew I was going to move up the ladder technologically.

My current house has very efficient Panasonic panels and inverters. I have 9 kW of solar now, and those solar panels, I'm going to go out on a limb here, but I say they’re going to work for 50 years or more. They will certainly lose small amounts of their efficiency over the decades but they will last I believe half a century due to the way they’re made.

Some argue that because many renewable energy sources, such as solar, are weather dependent, they aren’t as reliable as energy from fossil fuels - what do you think of this?

Years ago I had batteries so I didn't have to worry about the power going off on a cloudy day or at night, but now I use the grid as my battery. I spin the meter forwards at night and spin it back during the day and I get a bill for the net, which is quite low when you consider we have 2 electric cars with plugs here. So we’re running a 4,000 sq ft. house and charging 2 cars and our electric bill is still super low.

The power doesn't need to go out at night, they have lots of ways to do that. There are ways with Molten Salt for storing power. There are microgrids and huge lithium-ion batteries now for storage. There are ways with what they call “shedding facilities” where they pump water uphill at night when power is cheap and let it flow downhill during the day when they need more power for people’s air conditioning and office uses. So, you’re never going to run out of power if you have a smart grid and that's what we're moving towards. We're getting better every day with our smart grid.

Some claim the production process of solar cells is less than environmentally friendly and outweigh the clean energy production benefits. What are your thoughts on this?

That's a wild kind of back of the envelope calculation based on very selective reasoning.

Yes of course there's energy and earth minerals used to manufacture solar, but, think about the amount of pollution from the Exxon Valdez oil spill, or the Deepwater Horizon spill. Think about the normal amount of pollution that’s put out there just from using all that coal, oil, and gas. It's a tremendous amount of pollution. There's certainly pollution from creating any object including a solar panel, but it’s far far less than using the alternative which is coal, oil, and gas. And these are studies done by credible people, peer-reviewed studies. Everybody agrees that it's much, much less pollution when you use a solar panel.

Do you think as a nation we could ever be 100% reliant on clean and renewable energy sources like solar, wind, etc?

I think we can if we have the will to do it.

We just have to look at science, look at the people with Ph.D. after their name, the peer-reviewed studies, Science Magazine. We must look at these things extensively and realize there are jobs and good economic outcomes from using wind and solar.

You know, there’s certainly a lot of jobs if you have somebody working at an oil rig or a refinery or a coal mine. There are jobs that go back in the community and everybody talks about that, but how do they not recognize the number of jobs and financial gains that come from making a solar panel, wind turbine, or an electric vehicle? Those are jobs too. So when you look at the overall benefit of making green forms of energy and green forms of transportation, it will all serve to benefit the nation at large and the world at large. I think that's what we need to move to. We can do it, we just have to get away from our old way of thinking.

So that should be our goal. We can do it, we’ve shown that it’s possible. Now we just have to ramp up and bring it to scale and do it everywhere that we can.

What is your favorite dinosaur and why?

Very big, very powerful. It wouldn't hurt you if you were standing in front of it, and they exist on plants which I do too. 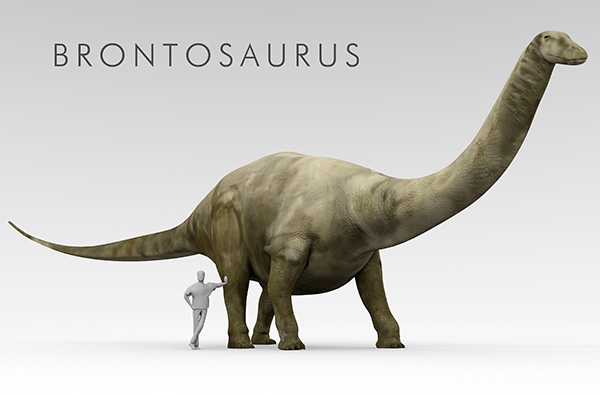 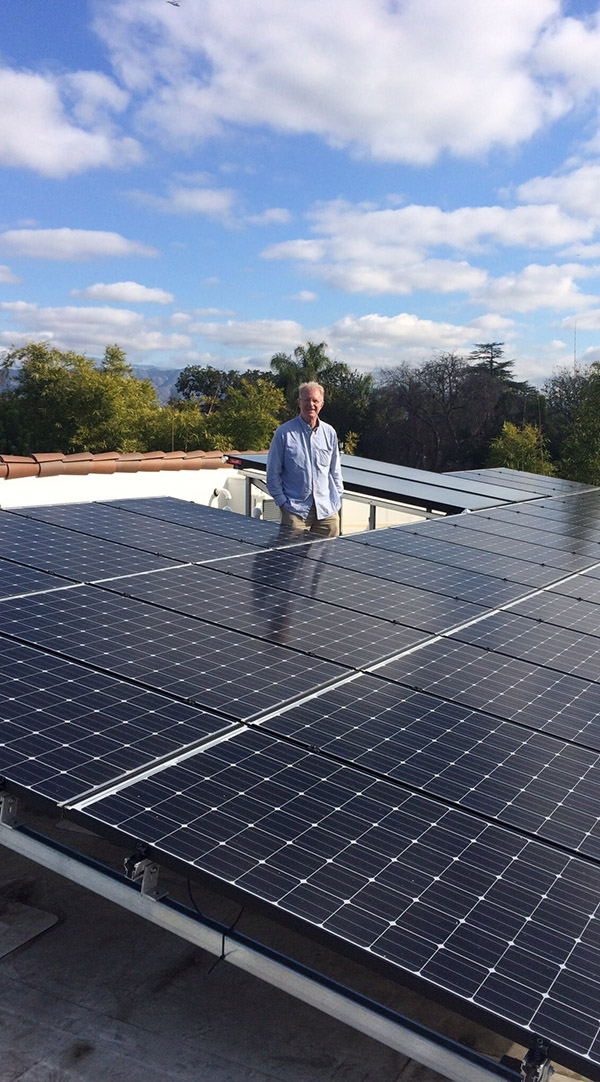 Since childhood, Ed has been fascinated by innovative technologies, specifically solar energy. As a broke and struggling actor in the 60s, Ed did everything within his means to minimize his carbon footprint, from riding his bike instead of driving to becoming a vegetarian.

In 1970 Ed participated in the very first Earth Day. 15 years later, he purchased and fell in love with his first solar thermal system to heat his home’s water. Immediately following that, he purchased a share in a new wind farm in Palm Springs with the money he made from starring in the hit TV series St. Elsewhere.

In 1990, Ed purchased his first solar electric system for the roof of his home. He admitted the system was expensive and the payback period of about 20 years was a long haul. However, today the payback period for a standard solar system with a 25-year warranty is just 4-7 years. Ed shared that the solar panels he purchased that were made in the late 80s still work to this day at reduced efficiency.

In 2013 Ed moved into a new home where he immediately installed brand new Panasonic solar panels. He has 9 kW of solar that almost completely powers his 4,000 sq.ft. California home and his 2 electric vehicles. Ed even said, “I'm going to go out on a limb here, but I say they’re going to work for 50 years or more.”

Ed shares the same passion for environmental sustainability that we do here at SolBid. Every day we are moving one step closer to our ultimate goal: a sustainable society and a healthier planet. 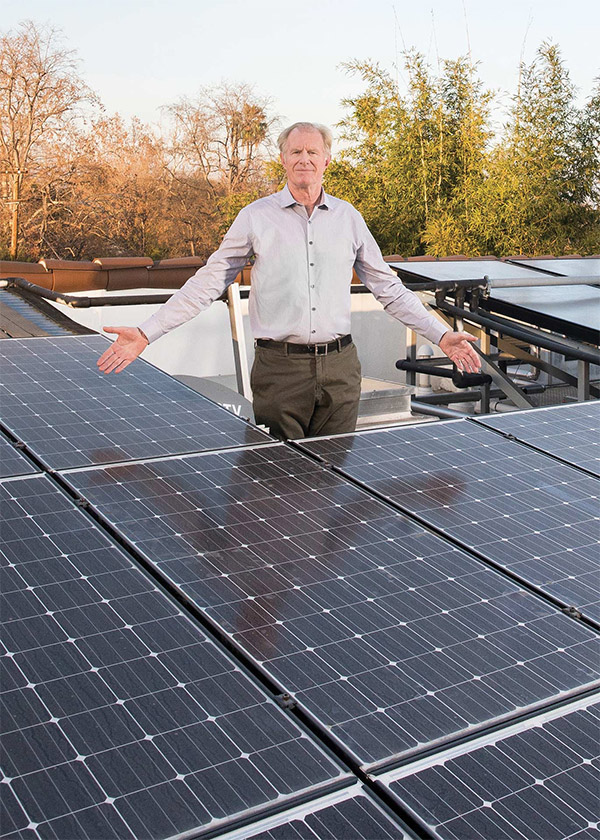 What they are saying

"SolBid’s solar development software has been a great tool to allow us to quickly and accurately evaluate and develop solar project proposals for our customers."

“SolBid takes a team based approach to their projects including the customer, engineering and contractor which has streamlined the construction phase and intern provides a better end product for the customers."

“The SolBid platform empowers us to be in control of the design process from start to finish, thereby allowing flexibility and innovation."

"The platform is so user-friendly and my clients love the transparent solar proposals. We found this to be the easiest way to add solar to our business’s suite of capabilities. It's so easy to use and the support is amazing."